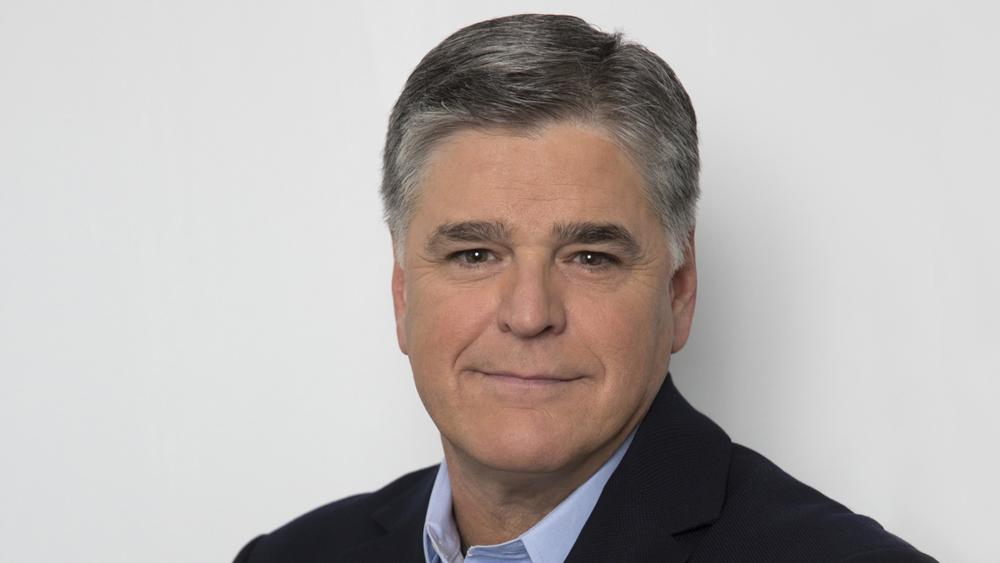 Sean Hannity is a multimedia superstar, spending four hours a day, every day, reaching out to millions of Americans on radio, television and the internet.

Nationally syndicated by Premiere Networks, The Sean Hannity Show has more than 570 affiliates nationwide. Heard by 14 million loyal listeners each week, Hannity is the second most listened-to talk show host in America, according to Talkers magazine. Hannity has been the recipient of two Marconi Awards for “Network/Syndicated Personality of the Year,” and is a three-time consecutive winner of the Radio & Records “National Talk Show Host of The Year” award. He was inducted in the National Radio Hall of Fame in 2017.

Hannity is an accomplished author with three #1 best-selling books. His first book, “Let Freedom Ring: Winning the War of Liberty over Liberalism,” rode the New York Times Best Sellers list for a remarkable 17 weeks. His follow-up, “Deliver Us From Evil: Defeating Terrorism, Despotism, and Liberalism,” debuted at #1 on the New York Times Best-Sellers list and held strong for five consecutive weeks. In similar fashion, “Conservative Victory: Defeating Obama's Radical Agenda” was released in 2010 and it quickly took the #1 spot.

Hannity has the unique ability to reach out and connect with his audience, proven during his highly successful “Hannitization of America Tour,” which brought hundreds of thousands of like-minded Americans together. He has visited markets big and small from coast to coast since the tour began in 2001.

A gutsy talk-show host who always lands on the “right side” of the issues, Hannity is the host of FOX News Channel’s Hannity, which airs weeknights from 9 to 10 p.m. ET. Hannity, who joined the network in 1996, offers a mix of news, commentary, guest interviews and more on the program each night. Prior to the launch of Hannity, he was co-host of the #1 prime-time cable news debate show, Hannity & Colmes, for over 10 years, in addition to hosting #1 weekend program Hannity’s America, both airing on the network.

Hannity’s energy, charisma, Reagan conservatism scores high points with audience and critics alike as he continues to be one of the hottest commodities in media.

KRMG & Moody’s Jewelry Most Wonderful TIME of the Year Conest

Enter To Win KRMG’s Home For The Holidays Contest

Crews rescue 2 from plane caught in power lines in Maryland

City to hold vigil honoring those killed in Walmart shooting

Don Newkirk: What you need to know

Irene Cara: What you need to know

Everything you love about krmg.com and more! Tap on any of the buttons below to download our app.

Enable our Skill today to listen live at home on your Alexa Devices!

You may be offline. Please check your connection and try again using the Retry button.